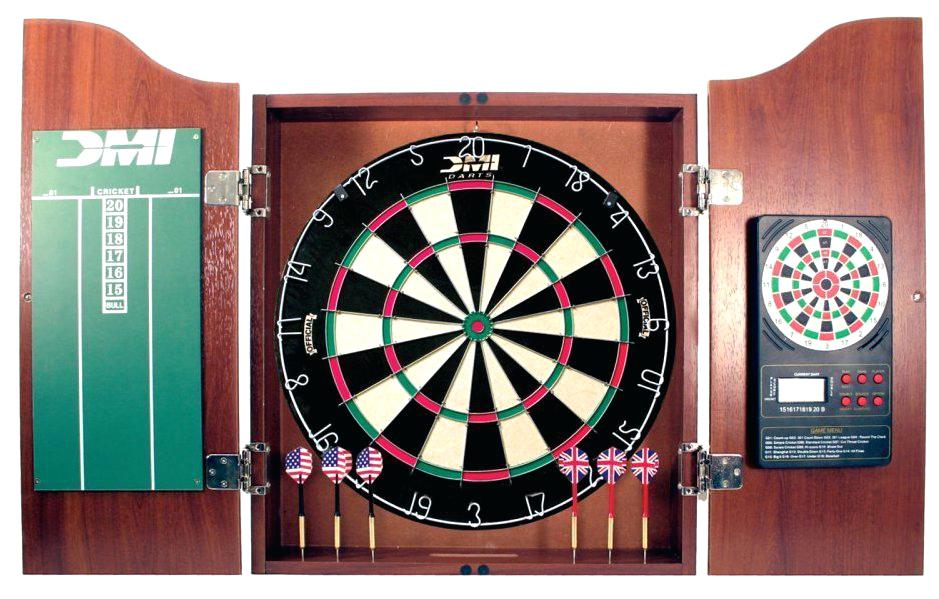 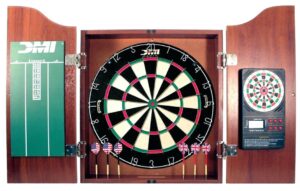 If you are a fan of traditional American Darts, you are probably already familiar with the name Widdy. American Darts is a popular game found in taverns throughout Pennsylvania, New Jersey, Delaware, and Maryland. Although the game is fairly localized, it has started to gain a new popularity across the United States thanks to the Internet.

The game of American Darts has its origins in Philadelphia, which is where The Widdy Company has been manufacturing their dartboards and darts since the 1920s. Widdy is the most respected manufacturer of American Dart equipment in the world. The dartboard used in American Darts is markedly different from the traditional English dartboard, although the numbers are laid out the same way. The American dartboard has three rings around the outside edge of the board. The outermost blue ring is generally not used for scoring. Then there is a thin, clear ring followed by a thicker, red ring.

American dartboards are generally made of wood or tightly wound paper, and need to be rotated often to ensure even wear of the board. Although you could use regular steel-tip darts on an American dartboard, it’s not recommended as they tend to be too heavy and can cause substantial damage to the board. The proper darts to use for these boards are of a one-piece design, and consist of a wooden body with flights made of turkey feathers.

There are two types of Widdy dartboard: the traditional wooden dartboard, and a paper dartboard.

The wooden Widdy dart boards are handmade from pieces of basswood. This dartboard is constructed of two sections. The outer part with the numbers on it is the frame. This holds the circular inner part that is used for scoring. This two-piece design allows the dartboard to be easily rotated within the frame allowing for reduced wear on highly targeted areas. Widdy dart boards are printed on the front and back so you can simply flip the board over and get as much life as possible out of a single Widdy dart board.

The paper Widdy dart boards, as the name suggests, are made of tightly wound paper. The idea behind this is to create a “self-healing” dartboard. When a dart enters the board, it should slip between the layers of paper, and when you twist the dart out, it should leave no trace. The paper Widdy dartboard tends to cost more than the traditional wooden Widdy dartboards due to their more complex construction. With proper care and by keeping your Widdy darts nice and sharp, a paper dartboard should outlast a wooden dartboard. This board is also printed on both sides so it can be flipped over when wear gets excessive.

Along with producing some of the finest American dartboards, Widdy also makes darts. Widdy Official Tournament darts are lead weighted, wooden bodied, and feature real turkey feathers for the flights. Unlike regular pub darts, Widdy darts are sold by the dozen.

Widdy also produces classic cabinets for their dartboards. The dartboard cabinets feature built-in scoring wheels for baseball darts, the game most commonly played on American dartboards. They also have a place for overhead lighting, and feature a compartment for dart storage. Widdy cabinets also bear their slogan: “Have Fun…Relax…Play Darts.”

Dear visitor, I am Jordan and this is my website. My goal with dartboard guide has always been to share knowledge around the game of darts in a fun way. When you're done reading or learning about something on our site, please feel free to contact us for more information if needed! Cheers! ♥